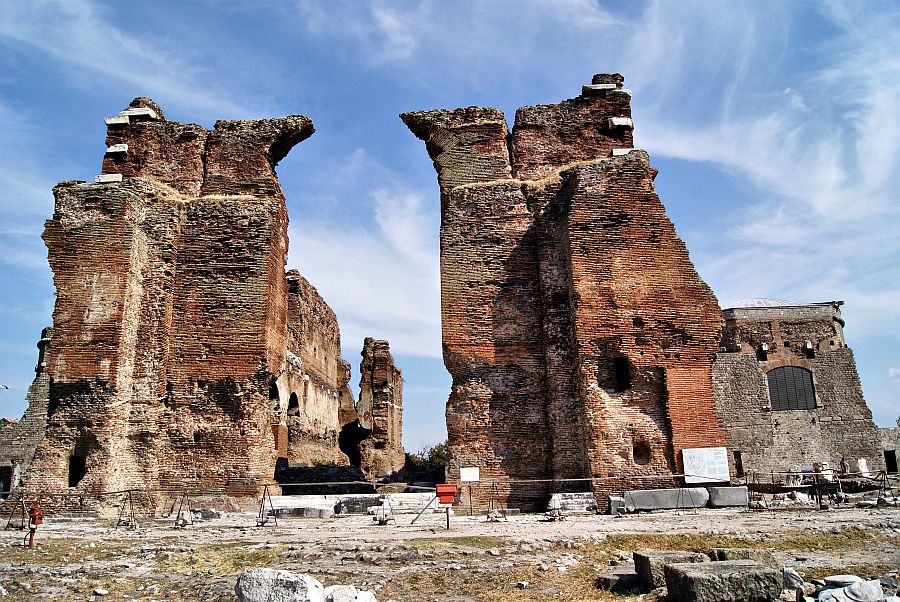 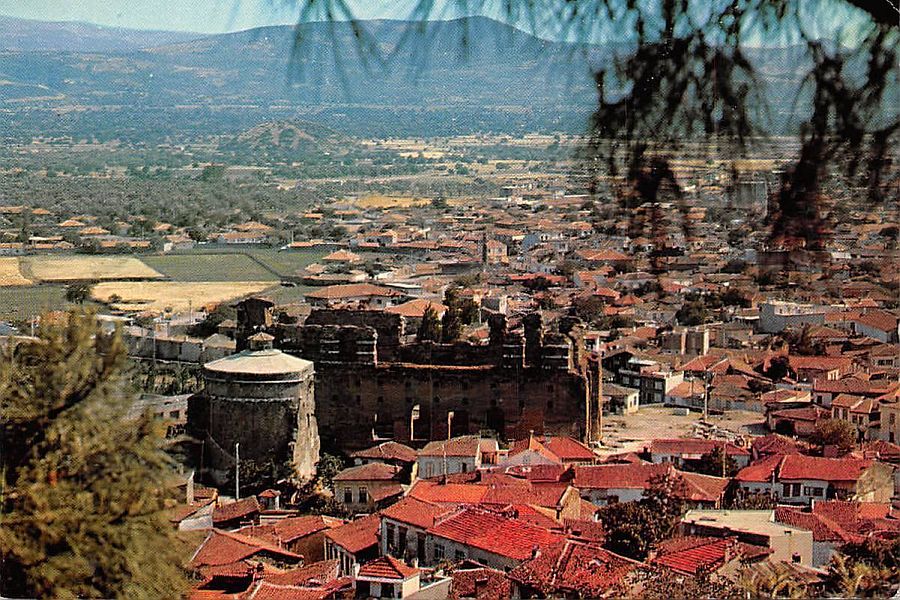 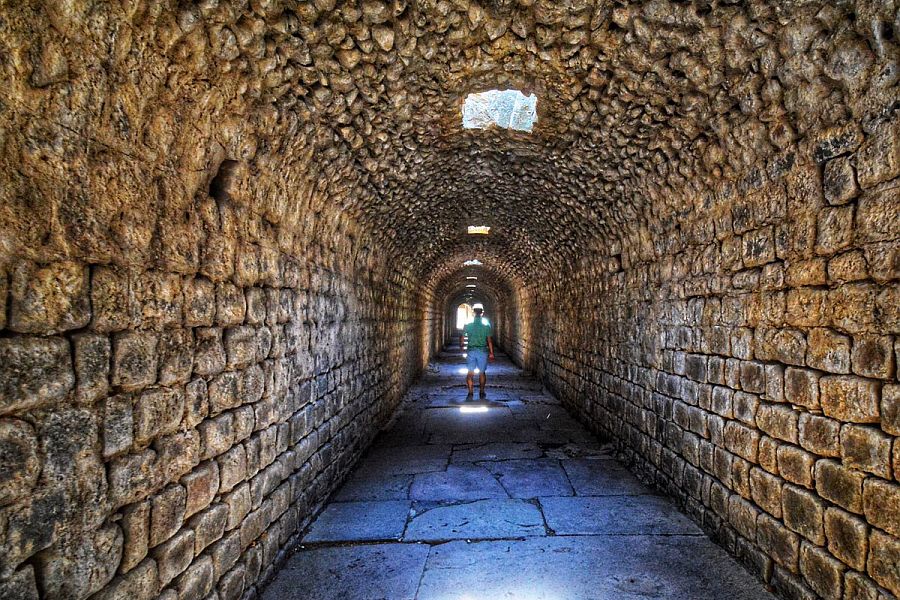 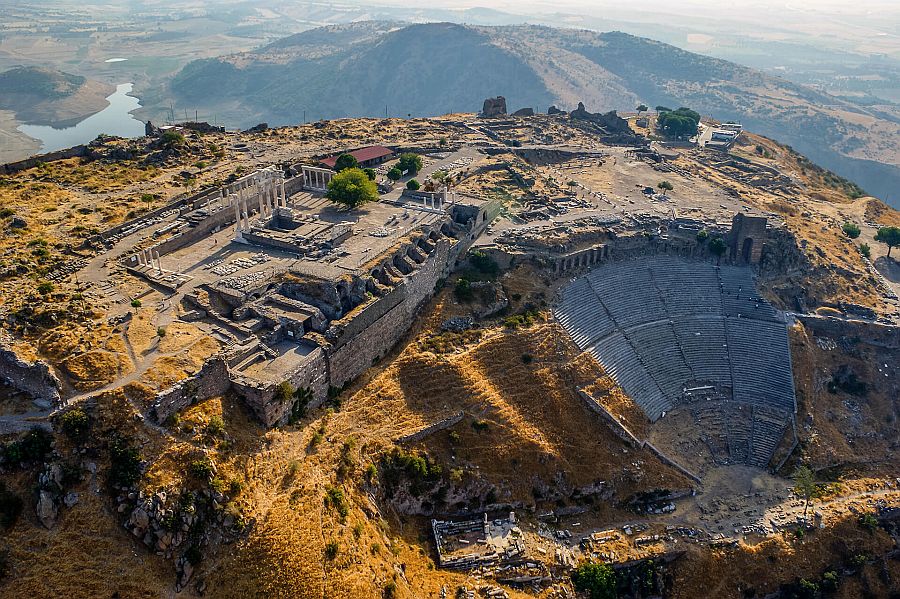 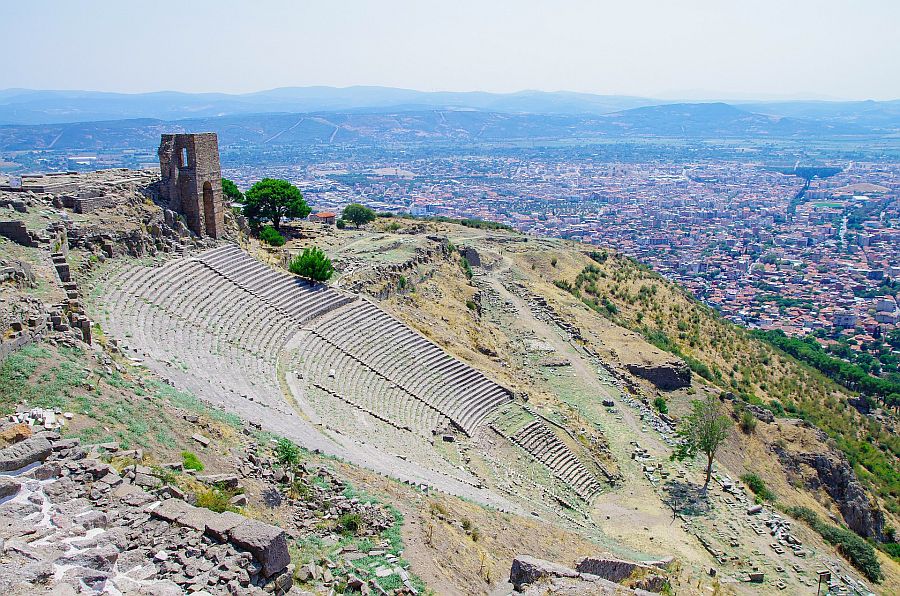 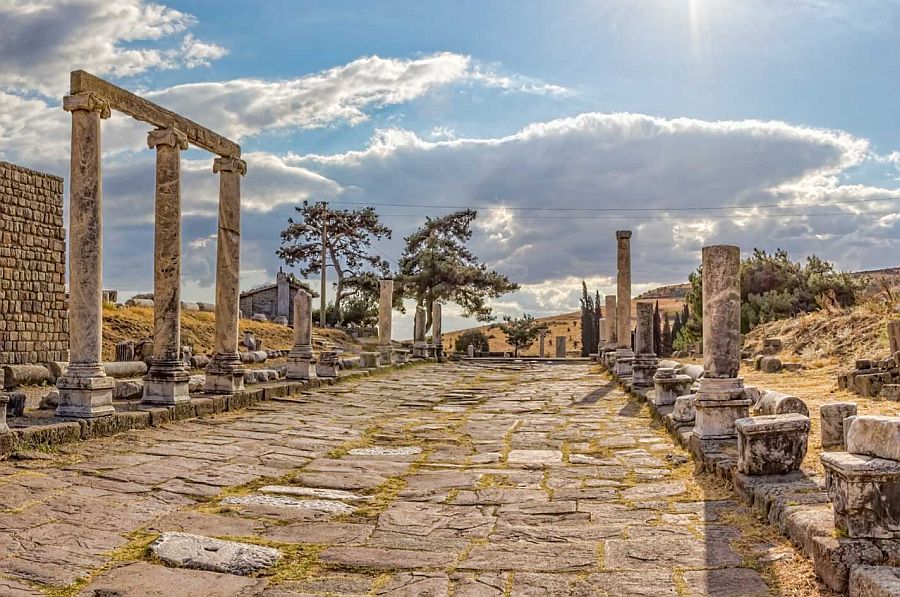 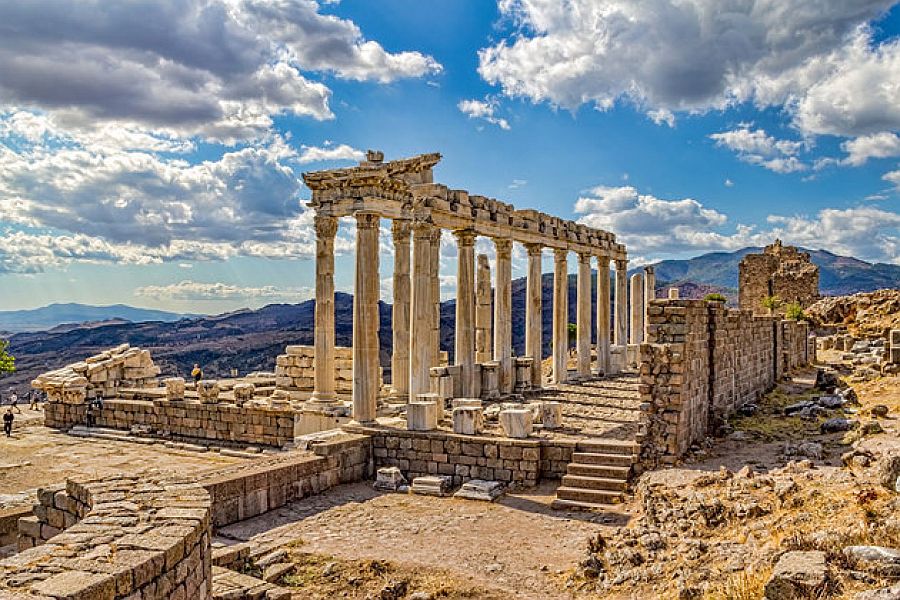 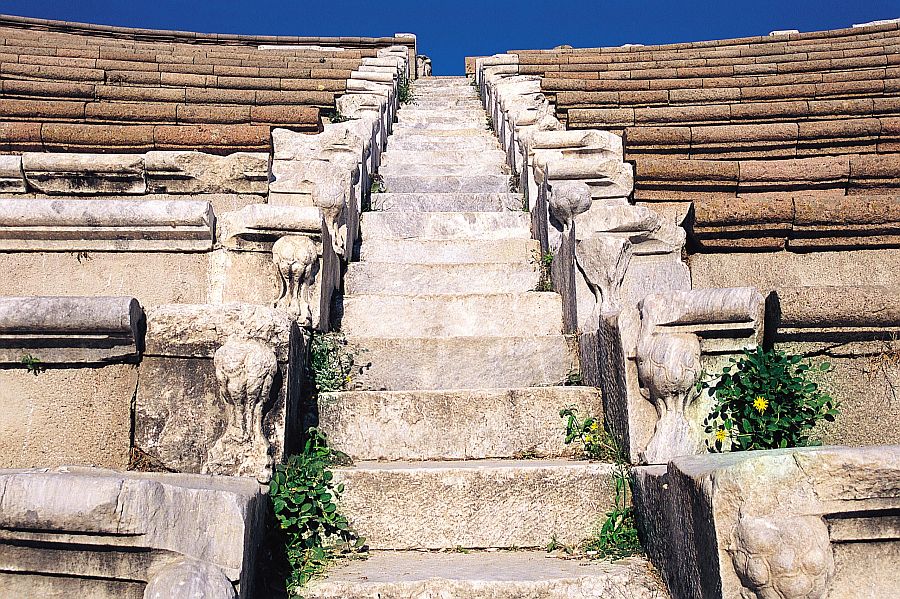 The ancient city of Pergamon (also known as Pergamum) was the capital of the Kingdom of Pergamon during the Hellenistic period, under the Attalid Dynasty, 281–133 BC. The city was rich with a hospital and a grand library built as a rival to library in Alexandria. The Asklepeion in Pergamon was a spa and medical center. It is built by Galen, the founder of modern medicine. They used music and water to heal their patients. Also they were analyzing dreams. Kingdom of Pergamon prospered in time by agriculture and silver mines. They even invented parchment, charta pergamena.

Pergamenes built several temples for Athena. The prosperity of Pergamon even threatened Rome in time. They build several temples of Athena and Zeus. Temple they built is in Pergamon Museum in Germany now. The city is also important for Christians. It is one of the Seven Churches of the Book of Revelations. It is mentioned as the city where Satan dwells and where his throne is. Today Pergamon is an important tourist attraction in modern day Turkey. The city is located 26 kilometers inside from Aegean Sea and on the north of river Caicus.