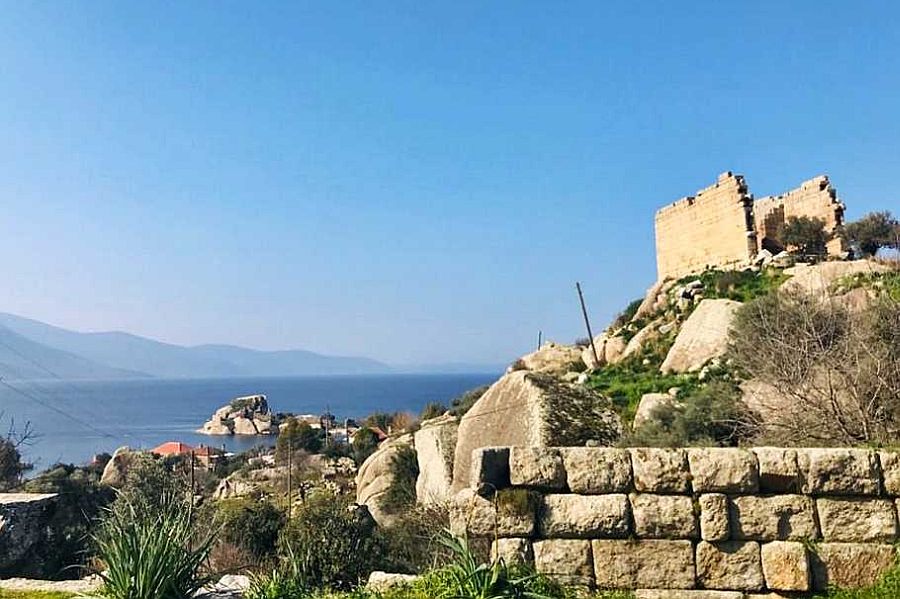 This lake had formed the tip section of the Lade Bay until the Roman period. Because the River Meander had carried and deposited silt, its connection to the open sea has been cut in 400 A. D. This lake is 15 km in length, 10 km in width, 700 hectare and 25 m in depth. Its a fresh water lake but a part of it contains salt.

There is also a bird paradise with 208 breeds of birds (such as pelicans, storks, etc.) In the lake there are sea bars, eels and carps. On the land there is agriculture (cotton, olive) and bee farming.

Latmos or Herakleia, the original name of the town in history, was a town built on a harbour on the skirts of Mount Latmos which is 1375 m high. The economy of Herakleia depended on agriculture, fishing and sea commerce. The collapse of the city was brought upon by the River Meander which caused the connection of the bay and the sea to break off: The natural structure, the appearance and the skirt of the mountain which the city was settled on, show why there were so many legends born.

The moon goddess SELENE put her darling ENDYMON into sleep and came over one night and made love to him. Mount Latmos didn’t lose its mysterious and holy character even in the Byzantine period.